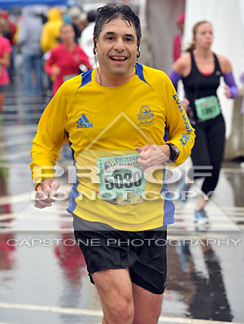 I am just an average guy who is on a journey back to better health, increased fitness and new experiences.  I am not an elite athlete or even an above average one.  But each day I choose to push myself a bit further, broaden my horizons and see just how much life I kind find in these tired bones.

In December of 2007, after many years of a sedentary lifestyle, poor eating habits and complete lack of exercise I reached 245 pounds with a staggering 44 inch waist.   At 5’10 I was obese and the reality that it was only going to get worse. 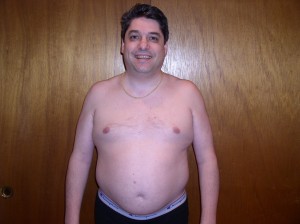 I include my “fat picture” here as much to remind me how bad I was.  I am committed to never being in that place again.  I started a lifestyle of healthy eating,  walking daily and began strength training.  Since then I have lost over 80 pounds and dropped my waist size 11 inches.  I took up running and then cycling in the spring of 2010 and became completely addicted to this amazing new world.  I joined the North Shore Cyclists in Massachusetts and was introduced to the wonder of long group rides through the rural countryside of Cape Ann. 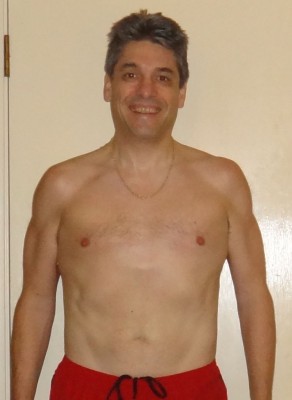 I started training for the Boston marathon in October 2010 as part of the Miles for Miracles team at Children’s Hospital.  This was a huge challenge for me and really kick started my new life of health and fitness.