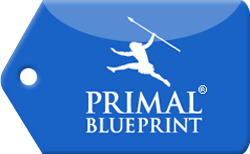 So about 30 days ago I posted that I was going to make some pretty fundamental changes to my health and wellness plan. I researched quite a few different eating and living philosophies that meshed well with my low-carb lifestyle. I was pretty firmly committed to the concept that sugars spike the blood sugar levels causing fat storage, so I wanted to find an eating plan which supported that theory. Thankfully there has been a lot of progress on that front in the last few years. Gone are the days where the Atkins diet was the only alternative for someone seeking a low carb lifestyle. While I have enjoyed some success over the years with Atkins, I never could really get it to stick. I would lose the weight when I went into benign dietary ketosis, but then gradually would all come back as I introduced grains and refined sugars back into my diet.

It was also important that I find something that I felt was sustainable from an ease-of-use point of view as well as a food consumption point of view. As you know from my prior article, I decided to go with primal blueprint. This is very similar to the Paleo diet, but is slightly less restrictive when it comes to dairy.  There is also  an emphasis on organic foods, stress free living, and exercise which more closely resembles the type of activities that our ancestors would have been naturally enduring in the more primitive world.

I am very excited to report that my wife, Rebecca, decided to join me in adopting the primal blueprint for our food plan. This has made everything much, much, easier! Since she is the one that does all the food shopping this would’ve been a lot harder to do if she wasn’t on board. But she, like me, has been frustrated with lack of progress in the last year and was definitely looking for something to change it up.

At first I counted every calorie and the nutritional value of every piece of food I put in my mouth for the first week. This was to give us a better sense of the nutritional contribution of different types of food to our diet. This was very important because the primal blueprint has certain constraints on macronutrients that can easily be messed up if you aren’t paying attention. There are really a few simple rules.

It turns out that these guidelines are extremely easy to follow! You are eating enough fat that it suppresses your appetite and since you are not eating grains, refined sugars, or any rice, wheat, or gluten-based products, it is very easy to keep your carb intake low. Basically you can eat an awful lot of vegetables and only build up to a small amount of carbs. We found that adding a modest amount of fruit to our diet was sufficient to make up the difference and get us between 50 and 75 g of carbs a day.

The protein, on the other hand, is a little more difficult. According to my current stats, I have 138 pounds of lean body mass. That means I need to eat 138 g of protein a day in order not to lose any muscle, especially since I am very active. This is easier said than done. I am really glad we counted calories for a while, so I could get a sense of good protein sources and how much I really had to eat of those sources in order to get my grams up high enough. I don’t know what I would do without one protein shake a day to push me up to the right limit.

So let me get to the bottom line… We both lost a fairly significant amount of weight in the last month, especially considering that we had both been stuck for such a long period of time. I don’t think Rebecca would be happy with me talking about her stats, so I will keep the conversation on what I personally experienced.

Now in all fairness I should also say that during this time I was doing the P90 system by bodybuilder.   So the first two weeks or so I was definitely adding more strength training to my life then I had done a long time. So it is very likely that some of this progress is actually due to the P90 I was doing, but it’s very hard to tell which had the biggest contribution. Personally I think the fat loss is entirely due to primal blueprint living and has nothing to do with P90. The only contribution the P90 probably had was to help me not to lose lean muscle tissue while I was losing weight.  I say this because I have engaged in cycles of increased weight lifting in the past and it never really resulted in a loss of body fat. the other contributing factor to my analysis is that I was sick for 14 out of the 30 days. I got a nasty cold from the kids and then didn’t take care of myself properly during that time and so prolonged it far beyond how long it normally would’ve lasted. So I really didn’t have a full month of the P90, more like half a month.

So everything is going well, and we couldn’t be happier with the progress. In my next update I will talk more about the part of the primal blueprint lifestyle that is not about the food. It is my plan to check in every 30 days or so and share what we learn during this journey. Until next time, take care!

For those interested in more information I would recommend heading over to Mark’s Daily Apple.