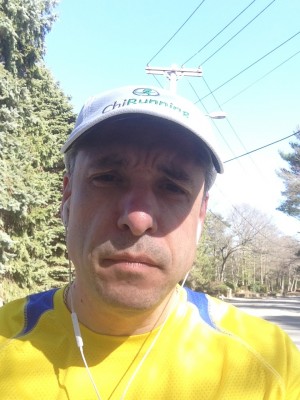 I guess this is technically the first normal spring training season I have had since I started running in 2010.  Spring of 2011 I was finishing up my Boston Marathon training and was running 40 miles a week and getting ready to taper, hardly a normal situation to be in on ordinary year. Spring of 2012 I was recovering from my Achilles heel injury and was basically starting over from scratch, also not (hopefully) a normal spring training season.

So here we are, spring of 2013. I had a successful fall spate of half marathons and then a very pleasant late fall early winter running schedule.  But as the winter progressed and the weather worsened I was forced to spend more of my running time on the treadmill then I’d like.  Although my monthly running log looks reasonable, there is no doubt to me that I did not maintain my fitness from the fall.  Perhaps it is the fact that I run in the Chi running style, but a treadmill run for me just isn’t the same as a run outside.  I don’t find it is interesting, and that results me being less motivated to run. Maybe I’ll run a little less one day or skip a day, or cut my long run short. So in the end, I have to admit that going into spring I have some catch-up to do.  I don’t think this is at all unusual, in fact if anything I am guessing this is very usual.  One of my running buddies doesn’t even run it all during the winter time and I hear that story quite a bit.

I am a big believer in the power of concrete goals.  And so I agreed to run Boston’s Run to Remember this spring to support a friend who will be running her first half marathon.  I like this goal because it is enough of a commitment to keep me focused on training, but not so much pressure that I feel any anxiety or crazy pressure to maximize my training  schedule. I do realize the irony in feeling any kind of anxiety or stress when “training” for a race, since the only competition is against myself and nobody cares whether I run races or not, except for me.

But back to the training… If I had to sum up the biggest effect of the the winter , it would be the loss of endurance.  I actually think my cardio is in good shape, and I do think that it is reasonably easy to maintain or even possibly improve your cardio throughout the course of the winter. Of course the real proof is in the pudding, and until I run a 5K race or some officially timed event I won’t really know for sure how I stand.  But there is no doubt in my mind that I have lost a tremendous amount of endurance.  This has been manifesting itself in the length of time it has been taking me to recover from my long runs.  When my long runs were fairly short, like under 45 minutes, I was able to recover fairly rapidly.  I found that I bounced back pretty quickly from runs less than an hour in length, but as the times increased to 75 minutes and then to 90 minutes I found myself progressively more and more exhausted after the runs were over.  In fact after the long runs started exceeding 105 minutes (1:45) I would end up taking a two-hour nap afterwards.  One other thing that I noticed was this pattern of the week following my long run.  For about three days following my long run I would find that I felt very tired, had an elevated heart rate (about 15 bbp), and experienced some shortness of breath while running.  The first couple weeks that this happened for some reason I did not see the connection with my long run, but instead thought each time I had contracted some sort of virus or gotten a cold.  By the time the fourth day came around I was feeling pretty good and right before the next long run I was feeling back to normal. 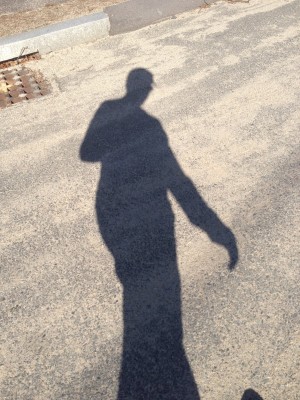 Had to walk home

I think for me, the lesson is that I can’t assume that my endurance is always at the same state when I start a new training plan.  I had none of these problems when I was training for my fall half marathons, it would only take me about one day to recover from my long runs.  And while it is true that my running base was of equivalent miles prior to beginning the training plans in both time periods, it seems to be also true that I had vastly different endurance capacities.  Going back over my training logs is helpful in trying to reveal why there is such a great disparity.  At this time my guess is that the cycling I did during the summer added a lot to my endurance, such that when I began my training program I not only had a good running base but I also had a lot of hours in the saddle which helped my overall endurance.

I think the important thing is to listen to your body, and when it is telling you that you are exceeding your current endurance capacity you need to pull back until you were within your limits.  Becoming utterly exhausted in long runs such that you need days and practically a full week to recover, is not a good thing.  Of course a lot of this has to do with overall fitness, age, and all the other factors which influence your effective endurance.